Far far away, behind the word mountains, far from the countries Vokalia and Consonantia, there live the blind texts. Separated they live in Bookmarksgrove right at the coast of the Semantics, a large language ocean. A small river named Duden flows by their place and supplies it with the necessary regelialia. It is a paradisematic country, in which roasted parts of sentences fly into your mouth.

Mega cities with rich cultures was the given name for Vitra’s installation at Cersaie 2013.

Then came Paris within it’s spacial warm atmosphere, a white dressed space icluding a white chair by Stolab. Istanbul was overflown by Benedetta Mori Ubaldini seagulls by Magis looking down at some white varnished stools by Gervasoni and at a King Peacock chair designed by Patricia Urquola for B&B Italia.

The Rio De Janeiro joyful vibrant style had been edited by a colorful outdoor chair by the fashion brand Marni.

The Berlin concept was running through a Kreuzberg traditional style, according to a mix of warm wood details and steel surface feeling. Rome recalled the mediterranean mood, with olives and lemon trees, surrounded by a collection of Sottsass various shaped vases.

Last came Moscow, with an out of scale gold chandelier.

That was our trip around the world in eight rooms to tell about Vitra’s porcelain stoneware wall and floor tiles. 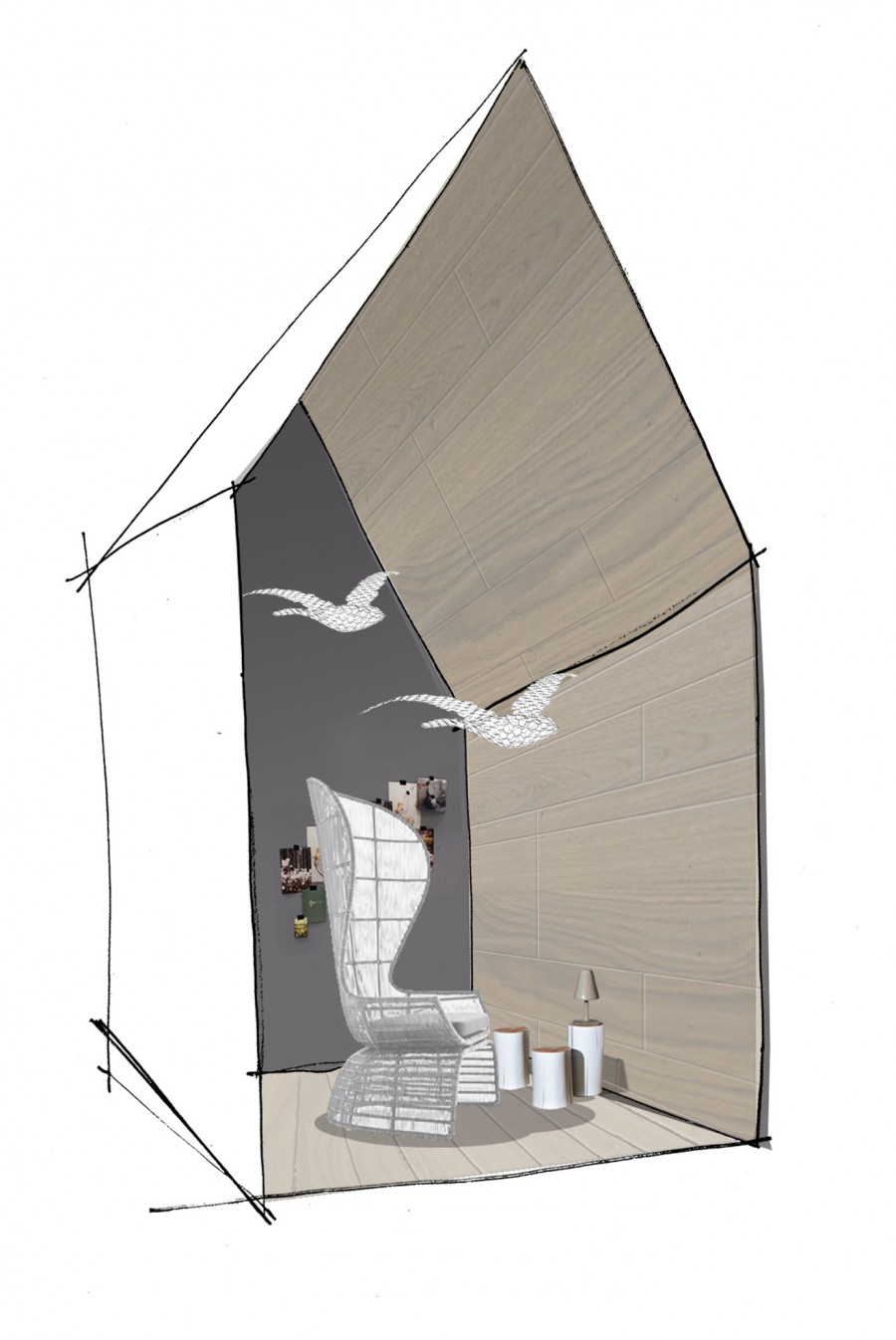 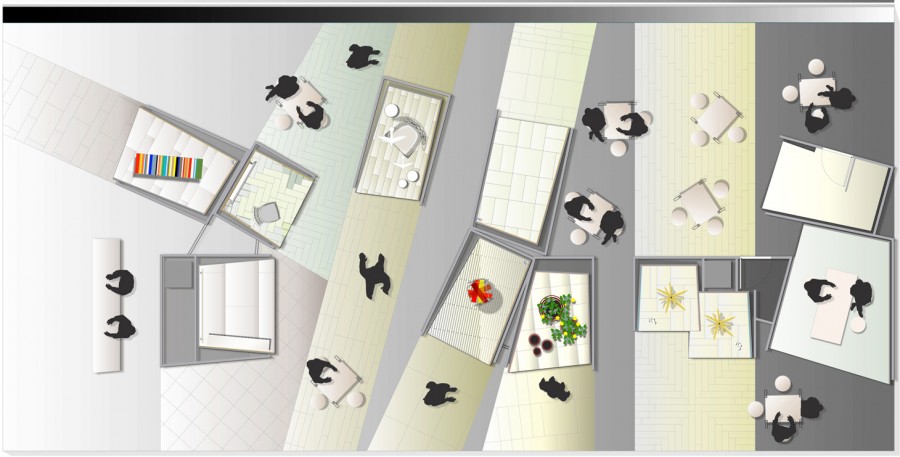 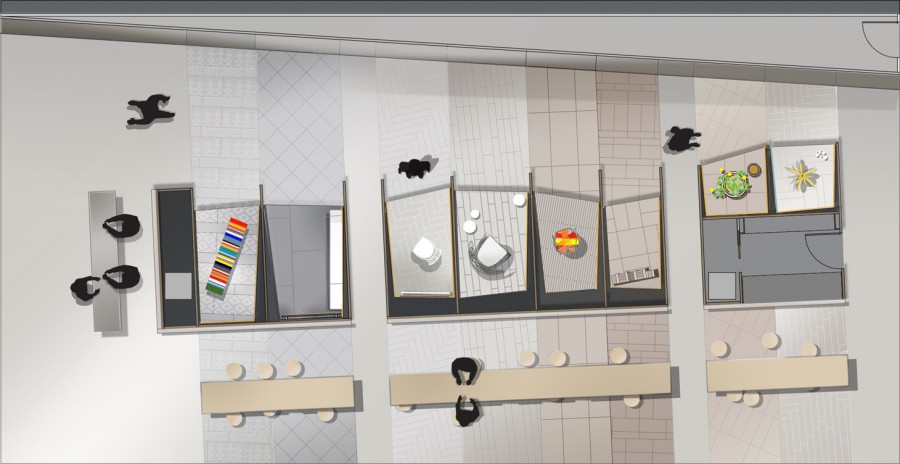